Just over a year since she unveiled her sparkling single ‘Backbeat’, Dagny Sandvik has more than 24 million streams to her name, plus an acclaimed EP packed with big-hearted pop. We caught up with the Tromsø-raised, London-based singer-songwriter to discuss her whirlwind journey so far, and to hear her plans to take 2017. 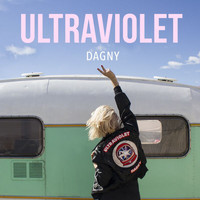 We hear you’re under strict orders to give your vocal cords a rest, so thanks for speaking to us!

(Laughs) Yeah, I’m having a vocal rest. I can’t drink or really talk that much at the moment, which is an absolute pain in the arse to say the least.

Is that from working too hard this year?

I think there’s been a problem there earlier as well, but we have been so active that now I’m having to deal with the consequences. I mean, this summer we did so many festivals, and what with travelling all the time and interviews I think I’ve probably been using [my voice] the wrong way. But it’ll be back by the new year so I’m not really too worried about it. It just needs some tender loving care.

I’m such a champion of people following their gut... It sounds like such a cliché, but staying true to yourself really is important.

Let’s go back to the beginning and talk about your musical background. What’s your earliest musical memory?

I have many, many musical memories from growing up with my parents, but my first one is probably my parents singing at an event. I think I must have been five or six and, while they were soundchecking, me and my sister were playing around with the microphones. We were singing this, like, fisherman song that we had learned in school, and then the promoter came up and he was like, “You know what, I think you should be singing that tonight as well.” And obviously, being kids of hippy musicians, we ended up singing this fisherman song in front of lots of people. It was so random. (Laughs)

So your parents encouraged you to pursue music?

Yeah. They never pushed us or anything – it was always just discovering music on your own – but obviously growing up in that environment has done a lot. And they’ve been super, super supportive. There have been times where I wasn’t sure whether I could do this and they’ve just been like, “No, you can do this. Come on.”

What sort of music would you hear around the house growing up?

They’d play all kinds of jazz and lots of Brazilian music. I remember the Brazilian music most clearly. I didn’t understand a word of anything but I still loved it because I always liked the rhythms. I remember when [my parents] used to have rehearsals back home at night, we had to go to bed but we’d have the door open and we’d hear them chatting downstairs and lots of music. It was a nice atmosphere.

It was actually super-rare that I had heard any popular music. I have lots of friends who grew up with their parents listening to all the big rock bands from the 70s and 80s, and they have a great relationship to that kind of music because of that. My parents loved The Beatles and Bob Dylan and all that stuff but it wasn’t something that we ever really heard in the living room growing up.

Who was the first artist you discovered on your own?

I think the first acts I can really remember being absolutely obsessed by – and I’m sure that this is an answer that you get from a lot of kids growing up in the 90s – were the Spice Girls and Backstreet Boys, really. It was all about them; especially the Spice Girls.

Do you know what I think is really fascinating with them is that, listening back, even though it was commercial pop music, it wasn’t just straightforward, super-simple pop. It’s quite rhythmical and wordy and bolshy. It wasn’t just like, “Oh here’s a nice pop tune.” It has something really unique, I think.

How did you come to move to London?

It kind-of randomly came about. It’s weird to say because it was such a big step to take, but it just kind-of happened. It was a ballsy thing to do but it was exactly what I needed. So I came here and that’s when I started really learning about music and songwriting. I really started taking it even more seriously, I guess, and doing it full time. So then I did that for a few years, touring lots in Norway and here, and I wrote as much as I could, just finding my style and my sound. And then I think I did with ‘Backbeat’.

It’s a great song; a celebration of love in all its messy glory. Like the rest of the Ultraviolet EP, it sounds incredibly joyful despite an underlying sadness in the lyrics.

That is an interesting observation because, except for ‘Backbeat’, I wrote the EP in five weeks from March to April, while I was out in LA. This whole year has been such a unique year but that period was just such a wide-eyed experience, meeting and writing with lots of new people. I felt like such a livewire – so energetic all the time – and I think you can really hear that in the music.

We have this song called ‘Fight Sleep’ and it was really like that: not wanting to go to bed because you didn’t want to miss a moment, and going into sessions early in the morning, even though you’d been out all night. I feel like this EP really captures that time when we were out in L.A. So it will be really interesting to see how the album comes out, [whether it’s] as a collection of lots of emotions over a long time or maybe just inspired by a moment that happens.

And you’re off to L.A. tomorrow to write for the album? How far along are you?

Well, actually, the day after tomorrow. But yeah, I hope so. (Laughs) That’s the plan anyway. I feel like the contours of the album are ready but it’s still early stages.

Do you have any idea when we might hear the album?

No, but I’ve always imagined that it would be a spring album. Obviously then I have to really put my running shoes on, because that’s not long and I don’t want to wait for another year! I feel like right now I want to be open to whatever hits me and whatever feels right at the time, and I have a very strong sense of what I want this album to be. I think that these next two months will really tell a lot and that by January I’ll have a very clear idea.

Do you plan to write with Mattman & Robin again?

Yeah, I did a week with them a few weeks back, and I think they’re amazing. There’s just something in the water over in Sweden because they all seem to have pop bangers just coming out of them as easy as that. I really enjoy writing with them. And I think it’s great to work with people that you feel are just way better than you because then you’re constantly pushing yourself.

Looking back on 2016, what has been the biggest challenge you’ve overcome?

I would say that maybe the challenge is – once you get more of a buzz and once things start spinning quickly – to remember what’s you. I’m such a champion of people following their gut, but sometimes it’s very tempting to do what you think is the right thing to do, or make stuff that you think people want to hear. It sounds like such a cliché, but staying true to yourself really is important.

It’s hard to believe it’s only just over a year since ‘Backbeat’ broke. Just how mad have the last 12 months been for you?

(Laughs) It’s been absolutely crazy. It’s been such a dream, because I’m definitely one of those people that, the more I have to do and the busier I am and the more I’m just flying from one thing to the next, the more happy I am. Getting the feedback we did and getting so many incredible opportunities to travel and play and keep writing music has just been... I mean, it’s been an absolutely amazing year. It really has.

What are you proudest of this year?

I think seeing how the live part has grown. I have a really cool band, who’ve been my band for the last four or five years, and if you saw us play a gig six months ago, it would be completely different now. And hopefully if you see us in the next six months we will have developed again. Just seeing how everyone has switched to fifth gear and worked really hard, I’m really proud of that. I feel like I should say the EP as well because it’s my first release. I mean, if you’d told me a year ago that 24 million were going to listen to ‘Backbeat’ then I would never have thought that was going to happen.

Wow, is it really 24 million people?!

Yeah, 24 million! I don’t even know how many people that is. (Laughs) You know, a few weeks ago I was asked, “What year in history would you like to relive?,” and I think, honestly, this year is what I would relive. It’s been great.